About us | The Dream Band 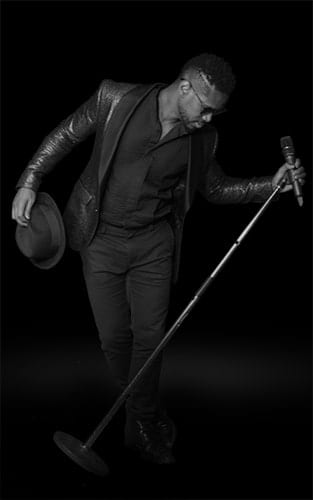 Jo’s experience in the music industry has given him a strong command of his voice. A Mauritian boy who grew up on the West coast of Paradise, Jo found his voice as a teenager. He explains, I started listening to music from different countries to broaden my horizons even more.” Very soon afterwards, Jo joined a four-piece band and began playing in Hotels on the Island. “I wasn’t interested in anything I was doing other than music. “I loved the options and diversity that music brought to my life”. “There was a lot of Jazz and Soul played when I was growing up, so I naturally gravitate to that kind of sound”. In 2006, Jo traveled to Ireland to follow his musical dreams. In 2009, Jo became a member of boyband ‘The Boulevard’. The band enjoyed the success of a number one single in the Irish download charts. Jo and the band toured Ireland and the UK, supporting major acts, such as Boyzone, Westlife, and JLS. Following two successful years with the band, Jo left the band to pave his own path in the music industry. Jo is currently writing and recording his own music. When he is not in the studio, Jo can be heard singing in venues across Europe. 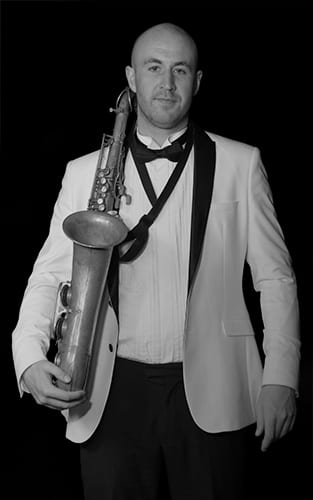 Denis’ musical journey started at the age of 5. He studied piano at the Royal Irish Academy of Music under a full scholarship. At age 13 Denis got accepted on another scholarship. He studied at the Royal Irish Academy of Music until he was 18. He moved to the UK to study a BA (Jazz) Hons at the Leeds College of Music. Since graduating, he has been playing and touring all over the UK and Europe. Denis has toured with the likes of Le Galaxie, London Afrobeat Orchestra, Jungle by Night and Amy True. His talent has seen him perform on main stages throughout Europe, such as, Glastonbury (UK) Electric Picnic (Ire), Fusion (GER), Istanbul Jazz Festival (TUR) and Bahrain Jazz Festival (BAH). While Denis performs a lot of neo-soul, hip-hop and reggae, his focus has always been jazz and improvisation. Denis’ influences are musicians such as Chris Potter, Joel Frahm, Seamus Blake and Dexter Gordon. 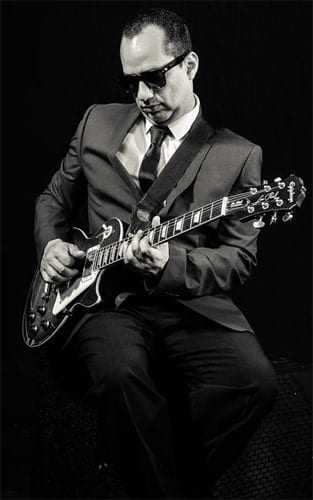 Robson Rocha’s professional musical journey started at the age of 15 in Santos, hometown to Brazil’s famous footballer, Pele. Robson developed a good reputation in the city as a hard-working, professional and reliable free-lance musician. His services were much sought after by some of the top bands in the region like Star Five, International Betinho, and New Tropical, to name a few. By 1996 Robson had established himself on the music scene from Sao Paulo to Rio De Janeiro. Robson has headlined many shows and played support for the likes of ‘The Mamas & The Papas’ and ‘B.J Thomas’. After the summer of ‘97 Robson landed a position, playing guitar with ‘Feitico’. With the addition of Robson, the group was soon signed to Virgin Records Brazil and toured all over Brazil. With this experience under his belt, Robson took a chance with a new and exciting artist, ‘Johnny Cancilleri’. Bigger changes were to come for this musician, with a move to Dublin, Ireland in 2006. Following his setup of one of the biggest focal points for Brazilian music in the city, he established his own group called the +55 Samba Rock band. The band has endured great success over the past three years. Robson is well known for the ease at which he can switch from one style of music to another. On top of mastering his musical career, Robson has also obtained his Bachelor’s degree in Jazz Performance from New Park School of Music. 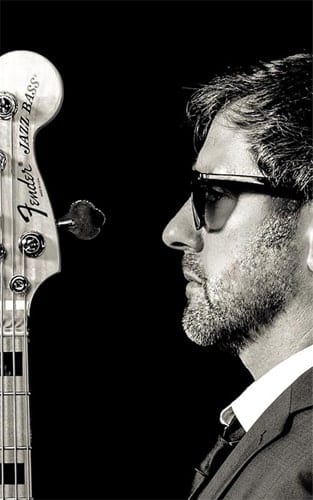 Stevie Tierney is a bass player with a colorful palette of musical styles and an ever-growing list of collaborative efforts under his belt. He started his musical career in the early 90’s. His ability to play the bass was quickly noticed which led him to perform with a variety of both original and cover acts over the years. Stevie’s sense of groove, sharp ear and strong command of his instrument have landed him onstage with several musicians of note including Donovan and Mark Knopfler and has led him as far afield as Australia and South Africa. He is a regular player at the Cork Jazz Festival with The Mary Stokes Band and holds the bass chair in several musical acts all around Europe. Stevie years playing the guitar has been driven by his musical influences, which range from Jaco Pastorius and James Jamerson to Steely Dan and Led Zeppelin. 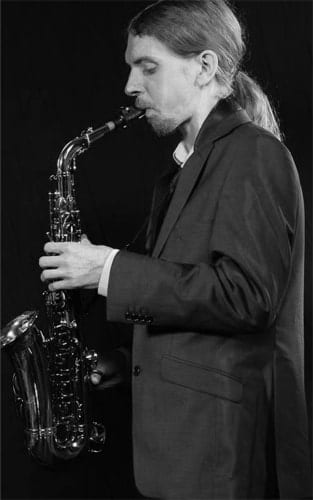 Sean has always been playing music, he began taking classical piano lessons at the age of 5, soon after at age 7, he began playing the violin. He has always been drawn to the dulcet tones of the saxophone and after begging his parents to buy one for several years they eventually folded and bought him his first alto saxophone at age 12. During his teenage years, Sean added guitar, bass, and drums to his repertoire this time focusing on the more popular blues, rock, and soul genres. He began gigging at age 15 on the guitar and has been gigging ever since. Always striving for new sounds and harmonic material Sean went on to study jazz in adulthood. He has toured extensively throughout Ireland and further afield in Europe. In 2011 he toured nationally with Toto frontman Bobby Kimball playing keys, bass, saxophone, and guitar. Sean also plays tenor sax, soprano sax, and flute. 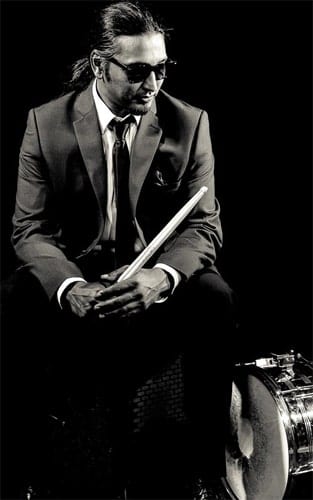 Khalile is a Drummer and Percussionist born in Mauritius, with Native Indian and Asian Indian roots. He grew up playing his native tribal instrument the Lakota, the Ravan and the Pow-pow drums, before learning the Djembe, Congas, Tabla and eventually master the Drum kit. Khalile found it hard to keep up with demand for his services. His ability and unique style of playing was something every artist wanted a piece of. Armed with his experience and motivation, Khalile traveled to South America and Asia to learn new styles of music and rhythm. This move paid off with an Award for best Drum style after he traveled to Europe. Khalile became a lecturer and Drum teacher at the Irish Drum academy alongside Dave Hungathy and Paul Countwell. Khalile has an impressive catalog of artists he has played with, such as Sinead O’Connor, The Wailers, Daniel O’Donnell, Graig Walkers, Seven Deadly Skins, Michael English and Lisa Stanley. Khalile stated that the style which he plays comes from his influences, artists he listened to since the beginning of his musical journey, which is: The Weather Report, Herbie Hancock, Mahavishnu Orchestra. His influences incorporate South American, Asian and African music.

MOST POPULAR WEDDING BAND IN IRELAND